Creating Fluency in the Language of Prevention!

Research from the last decade has shown that, in the right context, games can provide an effective and engaging medium that allows us to explore personal identity, actively participate in learning,  build social connections and take part in problem solving and decision making in a “safe-fail” space.

Well-designed games can produce positive outcomes by tapping into our intrinsic motivations and positive emotions.

Consider the value of engaging and empowering all stakeholders through gamification... 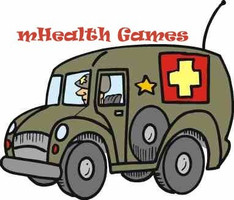 The Characteristics of a Continuously Learning Health Care System...

Engaged, empowered patients— A learning health care system is anchored on patient needs and perspectives and promotes the inclusion of patients, families, and other caregivers as vital members of the continuously learning care team.

Leadership-instilled culture of learning— A learning health care system is stewarded by leadership committed to a culture of teamwork, collaboration, and adaptability in support of continuous learning as a core aim.

Can we game our way to a learning health care system? 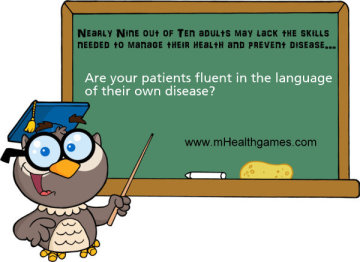 Your parents may have tried to kick you off your Super Nintendo just about every time you sat down in front of it because they were concerned about how it might affect your long-term health. Plenty of studies have shown that games that don't require a lot of physical movement can have an adverse effect on children as they grow older. But perhaps counter-intuitively, there have also been several studies touting the health benefits of gaming.

1. Video games are therapeutic for children with chronic illnesses
The University of Utah released a study last year that examined the effects of regular gaming on children diagnosed with illnesses like autism, depression, and Parkinson's disease. Kids who played certain games, including one designed just for the study, showed signs of improvement in "resilience, empowerment, and a 'fighting spirit.'" Researchers believe the games' ability to act on "neuronal mechanisms that activate positive emotions and the reward system" helped improve kids' demeanors as they faced the daily challenges of their illnesses.

2. Video games improve preschoolers' motor skills
Letting a 4-year-old sit in front of a TV with a game controller might not seem like the most productive use of her time. But researchers from Deakin University in Melbourne, Australia, would disagree. Their study examined the development of 53 preschool-aged children, and found that those who played "interactive games" had better "object control motor skills" than those who didn't. It's not clear, though, whether children with better-than-average motor skills tend to gravitate toward video games in the first place.

3. Video games reduce stress and depression
2009's Annual Review of Cybertherapy and Telemedicine included a study that found that gamers who suffered from mental health issues such as stress and depression were able to vent their frustration and aggression by playing video games — and showed a noted improvement. The study hypothesized that games gave certain "Type A" personalities time to relax in "a state of relative mindlessness" that allowed them to avoid reaching "a certain level of stressful arousal" as they tried to relax.

4. Video games provide pain relief
Video games don't just provide relief from emotional pain. They can also help those who are suffering from physical pain. Psychologists at the University of Washington developed a game that helps hospital patients suffering from immense physical pain by using an age-old mental trick: distraction. The virtual reality game "Snow World" put patients in an arctic wonderland in which they throw an endless arsenal of snowballs at a series of targets, such as penguins and snowmen. Military hospitals found the experience helped soldiers recovering from their battlefield wounds. The soldiers who played "Snow World" required less pain medicine during their recuperation.

5. Video games can improve your vision
Mom may have warned you that sitting in front of the TV wasn't good for your eyes. But one developmental psychologist found it could actually be beneficial to your vision. Dr. Daphen Maurer of the Visual Development Lab of Ontario's McMaster University made a surprising discovery: People suffering from cataracts can improve their vision by playing first-person shooter games like Medal of Honor and Call of Duty. She believes these games are so fast-paced that they require an extreme amount of attention, training the visually impaired to view things more sharply. They can also produce higher levels of dopamine and adrenaline that "potentially may make the brain more plastic," she said.

6. Video games improve your decision-making skills
Most video games require fast reactions and split-second decisions that can mean the difference between virtual life and virtual death. Cognitive neuroscientists at the University of Rochester in New York found these games give players' brains plenty of practice for making decisions in the real world. Researchers suggest that action-oriented games act as a simulator for the decision-making process by giving players several chances to infer information from their surroundings and forcing them to react accordingly.

7. Video games keep you happy in old age
Researchers from North Carolina State University looked closely at our aging population to see if there was a link between playing video games and mental well-being — i.e. "happiness." They found that senior citizens who said they played video games — even occasionally — reported "higher levels of happiness, or well-being," says Rick Nauert at PsychCentral. "Those who did not play video games reported more negative emotions" and were more likely to be depressed. It's unclear what exactly is behind this link — or if the relationship is even causal.

Register for a free account and start gaming your way to better heatlh!!!